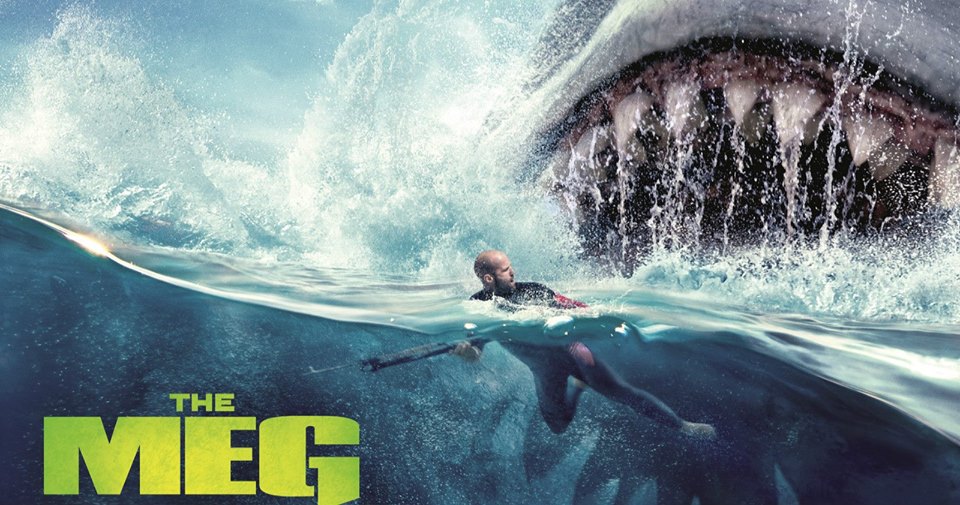 So I’ve been reading this book, Meg by Steve Alten.  It’s a fun read about a former Navy deep sea submersible pilot, Jonas Taylor, turned paleobiologist.  He was running missions in the Mariana Trench for the Navy with some scientists when their sub was attacked by a large creature Jonas assumed was a shark.  The scientists died in the incident, Jonas survived and was given a dishonorable discharge since the Navy didn’t believe that anything had attacked their sub, and Jonas was suffering from delusions due to too many dives.  Many years later, he’s in a failing marriage and giving lectures on his theory that the warm waters of the Mariana Trench house several previously thought to be extinct species, primarily carcharodon megalodon, the largest shark to have ever existed.  Things happen, he’s given the chance to pilot a submersible for a private organization and explore his theories, which, of course, prove to be correct and mayhem ensues when the shark follows the submersibles back to the surface.

The movie, which adds “The” to the title, is based on the book in only the very loosest of senses.  Jonas Taylor, played by Jason Statham, is a deep sea rescue pilot.  During the resuce of the crew from a disabled submarine, something seemingly attacks the sub, compromising it’s hull, and Jonas is forced to abort the resuce a bit early, leaving a few crew members behind in the sub.  He is blamed for panicking, and for causing the death of the crew left behind, since no one saw anything attack the sub (but really, subs aren’t exactly full of windows, are they?).  The main story takes place many years later off the Chinese coast, in a deep sea research station.  While exploring a deep trench in a submersible, a crew of three is attacked by — you guessed it — a large prehistoric shark.  The submersible, disabled at the bottom of the ocean, needs a resuce.  One of the employees of the station is a former colleague of Mr. Taylor, and recommends to his bosses that they should hire him to supervise the rescue.  Taylor doesn’t want to, blah blah blah, he does the job, giant shark, yadda yadda, Hollywood movie.

Ok, but what did I think of it?

It was enjoyable.  I mean, come on, it’s a giant killer shark!  And Jason Statham fighting it!  I saw the 3D showing, and the depth effects were very well done throughout.  The book takes a somewhat scientific approach to everything — how the shark exists, how the species survived without detection, how it manages to follow the submersibles to the surface without any massive ill effects, and so on.  The movie, directed by Jon Turteltaub, doesn’t care.  Oh, they put some nonsense in about how the sharks followed, etc., but I think all told it was given less than a minute of screen time.  No, this is pure popcorn entertainment.  The filmmakers know what you came for, and they give it to you.

And while the body count isn’t low, the movie is rated PG-13, so most of the deaths are quick and relatively bloodless.  Which isn’t necessarily a bad thing in a shark with a bite radius larger than an adult human.  It is a creature that could swallow a person whole, so maybe the lack of blood is to be expected.  There is, however, gore related to various marine life.

Oddly enough, you don’t even see a shark for the first 30 minutes or so of the movie (I’m guessing, I wasn’t actually timing it).  I get that filmmakers often want to wait to have a big reveal of the creature — and this is primarily a creature feature — but the shark is prominently featured in the trailers; it wasn’t really a surprise what it looked like when they finally do show it.

Is this a masterpiece?  No.  Are there plot holes?  Duh.  Is it a fun time at the movies?  Heck yeah.